Ding Dong, the King is Dead 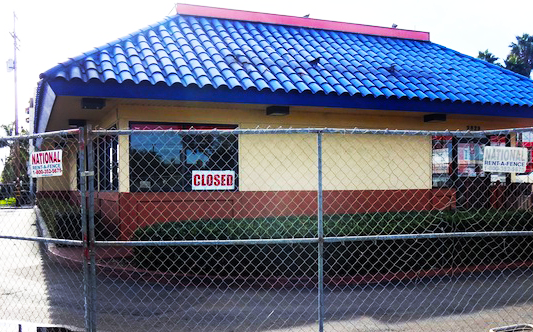 Being a big burger fan, I naturally took interest in seeing where certain restaurants landed on the list. In-N-Out Burger and Smashburger owned the top slots while long-time American institutions like McDonald’s and Burger King hit rock bottom. It’s astonishing that the two latter more established brands are decades older than the current, younger frontrunners.

So what caused this brand shift over time? Advertising? A switch from fast food to fast casual? And what does branding say about health, service and quality?

When I was growing-up in the ‘80s, McDonald’s and Burger king dominated the number one and two positions. For Burger King, ‘Have it your way’ was a great differentiating tagline consumers believed and loved. Customers could order your Whopper with cheese and hold the onions or ketchup without feeling like they were being difficult.

In 2003, ad agency Crispin Porter & Bogusky resurrected Burger King’s brand icon, the King, from the dead to revive “have it your way.” But frankly, it was just weird. Super plastic face creepster-king didn’t appeal to the masses. Likewise, CP+B created “Subservient Chicken” to reinforce this messaging, yet the online approached showed little staying power. And the final nail in the advertising coffin for Burger King? The 2008 campaign Whopper Virgins gave taste tests of the almighty Whopper to Romanian farmers and Thai villagers, people who have zero access to Burger Kings let alone food in general.

Going after a male market, more recent creative employ sophomoric humor in a meek attempt to persuade consumers. In the process, everyone from mental health professionals, women and Hindus were offended by various branding efforts. The modern crop of advertising was irritating and rarely referred to their food offerings.

In the past year, both Burger King locations near the Philosophy office have closed their doors. The one by my home opened about two years ago, yet has the slowest drive-through service in history. Why is it that as the drive-through celebrates its 80th birthday, the fast food industry has yet to make that work by now? It’s no secret how to run your queue. One franchise owner claims it’s hard to compete because the corporate office was forcing locations to purchase expensive kitchen equipment to prepare short-term menu items, losing money on dollar menu items, etc. It’s not like they changed how a Whopper tasted. I stopped by our near-office franchise often for a quick cheeseburger and onion rings. This owner also stated that corporate was closing the underperforming stores.

After seven years, CP+B’s reign on weirdness ended as Burger King signed on with a new agency. The brand still has yet to bounce back from years of floundering sales. Americans are spending $680 billion per year to dine out. Today, we have a gazillion choices out there. The brand perception of fast food is certainly negative compared to the healthier choices (real or perceived) we have today. The invention of the fast casual option has given consumers an ‘in-between’ choice. For a little bit more investment, you can get better food in a slightly better than fast-food appearance environment.

On the topic of health options, here’s a quick comparison of two popular items from BK and Noodles: Spaghetti & Meatballs (regular) at Noodles has 920 calories and 102 grams of carbs. A Whopper with Cheese has 730 calories and only 52 grams of carbs. Obviously, if you’re making a health claim, the Whopper has few calories and carbs. But we perceive Noodles has a healthier option because it feels fresh the instant you walk inside. The ingredients are real. And doesn’t it just ‘feel’ better when you walk into a Noodles or Chipotle? Today’s food’s brand image hasn’t kept-up with today’s market trends, consumer desire for “healthier” menu choices and overall perceived value. Remember the high school science teacher who lost 37 pounds eating only meals at McDonalds? Ironic, isn’t it?

The fast-food model isn’t dead. But from a mainstream, general market perspective, it already has one foot in the grave. Will the King survive and find a place in today’s marketplace? Or fall farther into the low-income fast consumer food choice segment that’s dying like a dinosaur? Time will tell.